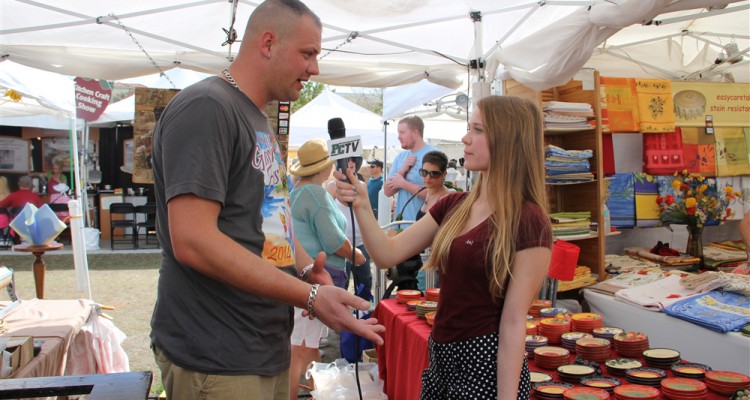 More than 2,500 student and teachers from school broadcasting, film, and media programs across the country participated in the event. STN offered more than 80 workshops led by industry professionals on a variety of topics. Student teams were invited to enter one of more than two dozen individual contests for small teams that covered reporting, creative, and technical skills. For one popular contest, Sweet 16, teams were given a prompt at the start and a strict 16-hour deadline to produce a video entry.

Freshman, Jodie Kahan, opened the Convention with a beautiful arrangement of “The Star-Spangled Banner.”

“Pine Crest students did an incredible job of communicating and working together, thinking on their feet, meeting deadlines, showcasing their creativity, and representing our school,” said Mr. Dave Burgess. “They truly proved their mastery of the most important traits for success in any endeavor: critical thinking, independent thinking, creative thinking, problem solving, cooperation, compromise, communication skills, collaboration, media literacy, engagement with technology, synthesizing of information, presentation skills, and storytelling.”