Their films will be screened at the AMC Movie Theater in Times Square, New York City and have the potential to win awards in directing, cinematography, screenplay, original score, and more. The festival will take place from October 7 to 9, 2016.

The list of Pine Crest films selected, and the students behind them, includes:

“Wannabe” is directed by Alexander Edep ’17 and produced by Adrian Abedon ’19 and Michael Kennedy ’17, starring Tommy Sullivan ’17. The film is about a wannabe superhero looking to do good in the world. This was an ambitious project for Alex, as it was the first time he conducted casting outside of the Pine Crest community. Michael helped write and produce the film. Adrian helped produce and was the camera operator for this production. This was Tommy’s first time acting for a student film. The original score was created by Ryan Felberbaum ’18.

“Clockwork” is a film noir/horror film written and directed by Seth Kelman ’17 with cinematography by Justin Danzansky ’17, and starring Sebastian Bell ’17 and Hunter Potak ’17. Ryan Felberbaum ’18 created the original score for this film. 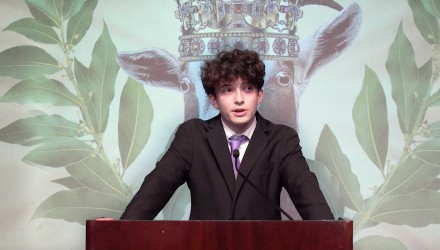