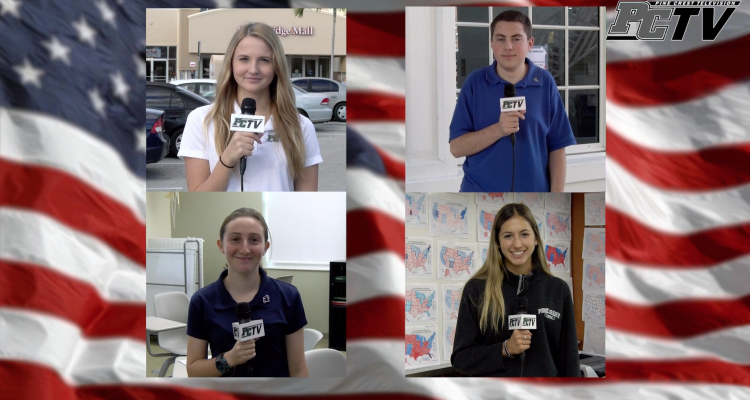 The Broadcast Excellence Awards honor the top STN student-produced television programs in the nation. Finalists were announced on the STN website in January to represent their regions in the four high school categories: Daily Live, Daily Taped, Weekly and Monthly.

Students will now advance for the chance to be recognized as the national winner at the STN convention this March in Anaheim, California. All Pine Crest broadcasting classes had a hand in producing the election show.

“I could not be more proud of this accomplishment,” said Dave Burgess, Director of Digital Media Production Department. “The Elections Special production was a true team and ‘all hands on deck’ effort, and it showed.”

This is a real-world experience for Pine Crest students. STN contest judges are not teachers, they are professionals who have volunteered their expert opinion and feedback based on years of work experience in the television and industry.