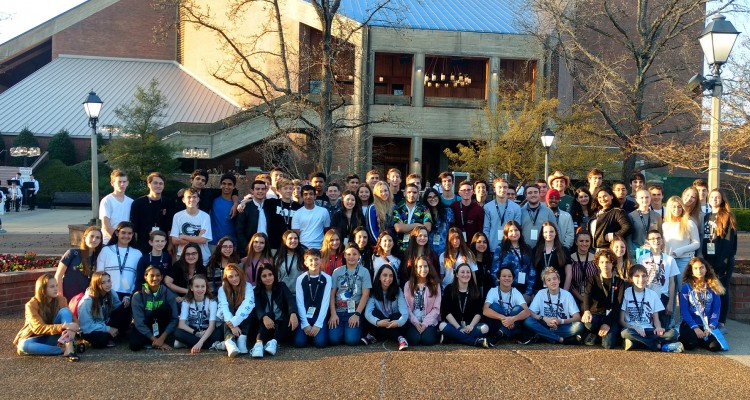 “All of the training and preparation paid off,” said Dave Burgess, Director of Digital Media Production.  “Students participated in all-day team contests, individual contests, breakout and training sessions, an incredible keynote session, and much more.”

The first competition of the Convention is Crazy 8s.

“This is essentially the main event for attending schools,” said Mr. Burgess. “In this fast-paced contest, students are faced with a true real-world experience as they have just eight hours to create an eight-minute film or television broadcast.”

Pine Crest was represented by a film team and a broadcast team in both the middle and high school categories.

“The four teams competed beyond expectations as they traveled all over greater Nashville for stories and film locations,” said Mr. Burgess. “They all should be commended for meeting their deadlines and completing such a difficult challenge.”

Congratulations to the following students:

All of the students’ STN entries are available for viewing on the Pine Crest School VIMEO channel. In addition, here is a 2018 Convention recap video created by Middle School students.